Short on friends? James Clegg can sell you a few. How about a thousand or so followers on Twitter, delivered overnight for about a penny apiece?


Clegg (not his real name) is part of a growing and extremely profitable underground that thrives on the sale of followers on Facebook, Instagram, YouTube, and other social networks. But Twitter—where your follower count can be a prized badge of honor—is where the real money is. Following my July 3 report on the growing popularity of the fake-follower sales business, Clegg emailed me to offer an inside look into the way the business works, including detailed reporting on all the money that changes hands.


Clegg’s business is simple: You visit one of his 13 websites that sell fake followers, and punch in how many you want to buy. Today, the going rate for 1000 Twitter followers is about $11.


For many people who look at this mammoth industry, the first question is "Why?" Why would anyone spend money for friends who don’t exist? “There is no one single type of buyer,” says Clegg. “I have had minor celebrities, big corporations, comedians, people buying for their friends for a practical joke, and many more. I’d say the majority are companies looking to get themselves from 20 followers to 1000 followers—and they start their real social media marketing from there.”


A business is born


Clegg is relatively new to working on the fringes of the Web. He was a chartered accountant in the United Kingdom when he got the idea for his current venture from the website Fiverr, an online marketplace where users can sell anything for $5: Folks were selling thousands of fake Twitter followers on that site for cheap.


Realizing that such services were selling for more on eBay and elsewhere online, Clegg figured he would buy the follower offers on Fiverr and then resell them on eBay for twice the price, pocketing the difference with minimal effort. Eventually eBay got saturated and prices fell to the point where it wasn’t worth Clegg’s time. The wheels were turning, however, and within five months Clegg had quit his finance job and was in the fake-follower business for himself, full-time.


Clegg sent a few hundred followers to one of our accounts. This is what happens.


Not your typical scam artist


Clegg is 29 and, like most entrepreneurs of his ilk, he works from home. The Cheshire, England-based businessman relies heavily on outsourcing and on the law of large numbers to turn a profit.


Google frowns on the fake-follower business, so running just a single website for such services isn’t likely to be successful. To stay ahead of the search engine, Clegg now runs 13 follower-sales websites, only a few of which have made it big, thanks to a heavy SEO investment to boost those sites to the top of search engine results. The smaller sites support the broader business by appealing to different niches.


According to Clegg, the monthly P&L for a solidly performing fake-follower site will look a little like the list below. (I’ll explain the line items afterward.)


As the financials indicate, fake Twitter followers are the best sellers, but the hot emerging market is in fake retweets. Clegg says that customers often purchase them alongside followers, and that they give the buyer an extra bump in legitimacy.


One of Clegg’s faux followers. Looks legit, no?


None of this comes for free, of course, and keeping all the websites up and running involves significant expense, almost all of it in the form of outsourced labor.


An Indian programming team produces and maintains the followers. It’s all bot-based, collating information from a variety of sources, which are sliced, diced, and compiled into the bio, photo, and tweets that make up a “user.”


Some of these users (see the screenshot above) look frightfully legitimate. A fake follower is often designed with a specific theme in mind: A Justin Bieber fan will tweet out only pictures that come up in a search for Bieber in Google Image Search, and will retweet messages that use the #JustinBieber hashtag. New tweets might be a combination of two old tweets from unrelated users. “All this can be controlled from a central point at any time,” says Clegg, “so creating a specific sort of follower isn’t that hard to do once you get started.”


This kind of work is surprisingly inexpensive. Much more challenging is the job of keeping the fake-follower sites out of the cellar in Google’s search results. Google is prone to penalizing such businesses as spam, but it also recognizes inbound links to a site as a form of legitimacy. So, Clegg labors on link building to combat any spam penalties. It’s a delicate dance that works most of the time, or at least for a while. “In a typical month, I will have a team of four full-time link builders (from the Philippines) working 40 hours per week, each earning around $150 per week,” says Clegg.


Complaints are natural, and they often arise when Twitter manages to find and delete a large number of fakes. (PCWorld reached out to Twitter for comment, but didn't receive a response by press time.) A customer may request a “top up”—for which Clegg is happy to oblige—but customer service requires an outsourced agent who can be present to answer questions, all day, by live chat, Skype, or email.

Still, after all of those expenses are paid, Clegg is earning about a 30 percent return. 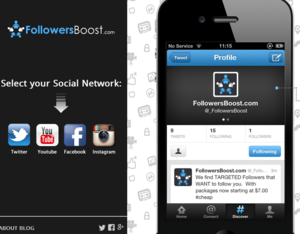 Can the party keep going?


Clegg concedes that the fake-follower industry won’t be a gold mine forever. There isn't just Google to contend with, there’s also Twitter. “They are becoming faster and much more efficient at stopping the practice,” says Clegg. “A low-quality follower that has been created on the same IP as 50 others in the past 24 hours will be deleted within the next 24 hours, and any accounts that are related to it will be suspended pending verification. This is why we focus on uniqueness in the followers themselves, to try to stay one step ahead of Twitter security.”


Clegg is, in fact, getting out of the game. His final website—FollowersBoost—is near completion, and after it’s done he’ll be moving on to other projects. “I left finance because I fancied myself as an entrepreneur,” he says. “In a few months I will have paid off my mortgage, and I can start to invest in different products and services, some online and some offline.”


There’s also plenty of risk. A tiny policy change from Google or Twitter can destroy six months of work overnight, so it’s natural that Clegg might want to find something a bit more stable. And then there’s the social fallout: “Selling fake followers isn’t something that you tell your girlfriend’s parents about. It’s a little bit embarrassing,” he quips.


Clegg says he has some qualms about the ethics of the business, saying that he thinks it’s the wrong way to build social presence, and that, ironically, he doesn’t set up fake followers for his own social campaigns. (The real Clegg has fewer than 100 followers on Twitter.)


Explaining his position, he says, “On a personal level I find it difficult to justify, but it goes a little something like this: If I were selling a product that nobody wanted, then I wouldn’t make any money, so I pass the moral-judgment decision to the consumer. Additionally, I always offer a money-back guarantee and advice on how to remove the followers. It’s the easiest way to clear the conscience.”
Posted by Erik Martin Willen at 7/22/2013 08:51:00 AM