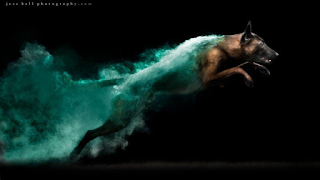 Because air and water are colorless and transparent, we cannot see most of the flows around us – but they’re always there. In a recent series, photographer Jess Bell has been capturing images of jumping dogs trailing a colorful powder wake. There’s no compositing in the photos. Bell puts powder on the dogs, then photographs them as they jump. The results show the billowing, turbulent wakes left by the dogs.

Why is water clear?

The human eye contains a great deal of water, so it would be difficult to see wavelengths that are absorbed by water. The light that gets to your retina has to pass through water, so the visible wavelengths of light are to a certain degree determined by what water is transparent to. 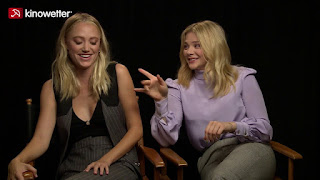 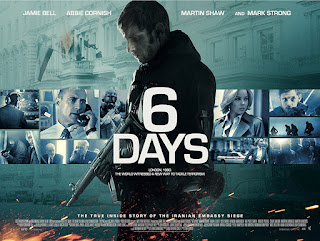 In April 1980, armed gunmen stormed the Iranian Embassy in Princes Gate, London and took all inside hostage. Over the next six days a tense standoff took place, all the while a group of highly trained soldiers from the SAS prepared for a raid the world had never seen. Written by GFC 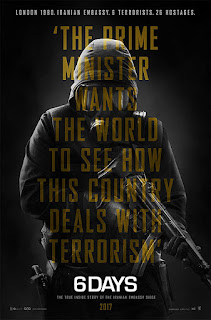 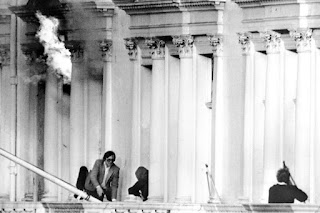 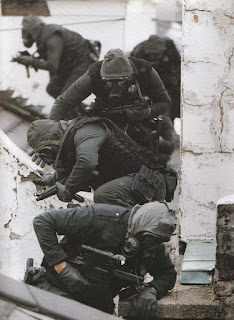 The Iranian Embassy siege took place from 30th April to 5th May 1980, after a group of six armed men stormed the Iranian embassy in South Kensington, London. The gunmen, members of an Iranian Arab group campaigning for Arab national sovereignty in the southern Iranian region of Khuzestan Province, took 26 people hostage-mostly embassy staff, but also several visitors as well as a police officer who had been guarding the embassy. They demanded the release of Arab prisoners from prisons in Khuzestan and their own safe passage out of the United Kingdom. Margaret Thatcher's government quickly resolved that safe passage would not be granted, and a siege ensued. Over the following days, police negotiators secured the release of five hostages in exchange for minor concessions, such as the broadcasting of the hostage-takers' demands on British television. 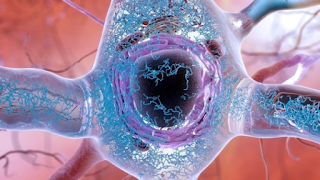 Scientists have discovered a “Big Bang” of Alzheimer’s disease – the precise point at which a healthy protein becomes toxic but has not yet formed deadly tangles in the brain.


A study from UT Southwestern’s O’Donnell Brain Institute provides novel insight into the shape-shifting nature of a tau molecule just before it begins sticking to itself to form larger aggregates. The revelation offers a new strategy to detect the devastating disease before it takes hold and has spawned an effort to develop treatments that stabilize tau proteins before they shift shape.


“This is perhaps the biggest finding we have made to date, though it will likely be some time before any benefits materialize in the clinic. This changes much of how we think about the problem,” said Dr. Marc Diamond, Director for UT Southwestern’s Center for Alzheimer’s and Neurodegenerative Diseases and a leading dementia expert credited with determining that tau acts like a prion – an infectious protein that can self-replicate.


The study published in eLife contradicts the previous belief that an isolated tau protein has no distinct shape and is only harmful after it begins to assemble with other tau proteins to form the distinct tangles seen in the brains of Alzheimer’s patients.


Scientists made the discovery after extracting tau proteins from human brains and isolating them as single molecules. They found that the harmful form of tau exposes a part of itself that is normally folded inside. This exposed portion causes it to stick to other tau proteins, enabling the formation of tangles that kill neurons.


“We think of this as the ‘Big Bang’ of tau pathology,” said Dr. Diamond, referring to the prevailing scientific theory about the formation of the universe. “This is a way of peering to the very beginning of the disease process. It moves us backward to a very discreet point where we see the appearance of the first molecular change that leads to neurodegeneration in Alzheimer’s. This work relied on a close collaboration with my colleague, Dr. Lukasz Joachimiak.”


Despite billions of dollars spent on clinical trials through the decades, Alzheimer’s disease remains one of the most devastating and baffling diseases in the world, affecting more than 5 million Americans alone.


Dr. Diamond is hopeful the scientific field has turned a corner, noting that identifying the genesis of the disease provides scientists a vital target in diagnosing the condition at its earliest stage, before the symptoms of memory loss and cognitive decline become apparent.


His team’s next steps are to develop a simple clinical test that examines a patient’s blood or spinal fluid to detect the first biological signs of the abnormal tau protein. But just as important, Dr. Diamond said, efforts are underway to develop a treatment that would make the diagnosis actionable.


He cites a compelling reason for cautious optimism: Tafamidis, a recently approved drug, stabilizes a different shape-shifting protein called transthyretin that causes deadly protein accumulation in the heart, similar to how tau overwhelms the brain.


“The hunt is on to build on this finding and make a treatment that blocks the neurodegeneration process where it begins,” Dr. Diamond said. “If it works, the incidence of Alzheimer’s disease could be substantially reduced. That would be amazing.”


Dr. Diamond’s lab, at the forefront of many notable findings relating to tau, previously determined that tau acts like a prion – an infectious protein that can spread like a virus through the brain. The lab has determined that tau protein in the human brain can form many distinct strains, or self-replicating structures, and developed methods to reproduce them in the laboratory. He said his newest research indicates that a single pathological form of tau protein may have multiple possible shapes, each associated with a different form of dementia.


Source: https://myfusimotors.com/2019/02/20/the-big-bang-of-alzheimers-scientists-id-genesis-of-disease-focus-efforts-on-deadly-shape-shifting-tau-protein/
Posted by Erik Martin Willen at 2/27/2019 07:40:00 AM No comments: 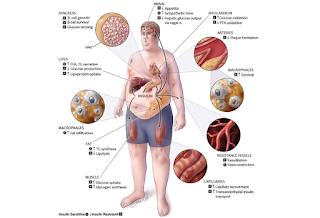 During a study spanning nearly a decade, researchers at The Ohio State University College of Medicine, Houston Methodist Research Institute and Houston Methodist Cancer Center have linked the protein clusterin – for the first time — to many different facets of cardiometabolic syndrome risk through its actions in the liver.

Cardiometabolic syndrome (CMS) is a cluster of conditions occurring together that increase a person’s risk of heart disease, stroke and diabetes. These conditions include high blood pressure, high blood sugar, excess body fat around the waist and abnormal cholesterol or triglyceride levels. The risk of developing CMS is even greater for patients who are physically inactive or smoke,

Findings of the study that involved humans and mice are published online in the journal Diabetes Care.

“Our goal was to discover new factors produced by the cells in fat tissue that have an impact on cardiometabolic disease. In particular, we wanted to identify those important to maintaining the framework of fat tissue, called the extracellular matrix, which becomes dysfunctional in obesity,” said first author Dr. David Bradley, assistant professor in the Division of Endocrinology, Diabetes and Metabolism at The Ohio State University Wexner Medical Center and a member of Ohio State’s Diabetes and Metabolism Research Center. 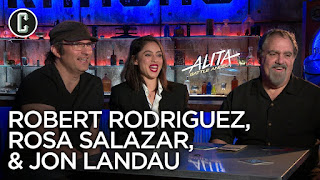