‘The Lumberjack’ could be a modern equal of any Alistair Maclean thriller. 🌟🌟🌟🌟🌟 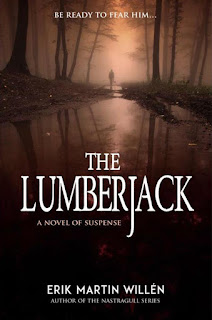 5.0 out of 5 stars Eco-terrorism- A United States 'Tarzan' As a Terminator of Mankind. By Mr. Richard Lw Bunning
June 14, 2018
Format: Kindle Edition|Verified Purchase


Willén, in his first departure from sf space adventure/opera, has written a present-day thriller set in a generic northern forest reserve territory of the USA. Once begun the book is hard to put down, as one is driven on by the pace and tension in the story. The character elements of the evil antagonist bound along the edge of implausibility, on a tightrope between impossible and just about conceavible human physicality. In contrast, the rest of the cast of good, bad and pretty are within a more normal range of observable humanity. The plot is just about conceivable, except for the behaviour of a pack of wolves. We note that the author is Scandinavian, so of a population that has been responsible, more than any other, for demonising the wolf. The author also seems keen to exaggerate the danger from the cougar, or mountain lion as many Americans choose to call the creature. Both the cougar and wolf can on rare occasions be a genuine threat to even uninjured, but isolated, humans, especially if an animal feels cornered. But neither is exactly the danger to man in the way that brown bears are. The wild life, non-human and human is extraordinarily dangerous in this neck of the woods. The book is certainly both great entertainment and the provider of a good adrenaline rush. Anyway, for the cause, thriller writers have never been frightened to claim that some maligned animal or other is almost as dangerous a predator of humans as is another human.

The idea of the eco-warrior, that so loves nature that he would rather see the devastation of mankind than nature is certainly not new. As our greedy species slowly destroys the planet on which we live, there will be many more examples not just in fiction but in our real lives. I have a great deal of sympathy for the ‘evil killer’ in this story, and that probably caused me to be less bothered about some of the often self-absorbed and shallow victims than I should. I would far rather live with a few billion less people and a more natural balance of wildlife. From the Earth’s point of view, we are very far short of describable as a gift from God. Perhaps in the next instalment, if Willén writes one, the lycanthrope will have a substantial degree of ‘normal’ human support. The flip-side of my reluctance to condemn the killer will surely mean that the more humanist reader, with greater empathy for the main characters, will probably enjoy the chase even more than I did.

This book would benefit from a good edit, as a few sloppy sentences and typos take away some of the shine of quality. Despite that, I feel no hesitation in giving five stars as an entertainment. Willén generates constant interest and, in crucial scenes, real tension. There are a couple of plot weaknesses, stretch marks rather than holes, as events in different locations run in rough parallel, but not ones that detract seriously from the page turning rush. This is a great holiday read, that can be put down between bus journeys or swims, as enjoyment doesn’t require a very deep concentrate on plot detail. This is anything but an over-complicated whodunit type of thriller. But for a stronger attention to the detail of sentence structure and perhaps the inclusion of a few deeper nuances of plot, ‘the lumberjack’ could be a modern equal of any Alistair Maclean thriller. I am sure I will read other books by this author to add to this, and to the first of the Nastragall space operas that I read and reviewed a couple of year ago. 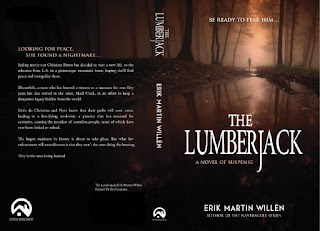 "...a great read. Not at all what I expected. The author's description and the characters and locations were great." —LibraryThing Early Reviewer


“Fans of Kiss the Girls or John Sanford's Prey series will enjoy The Lumberjack.” —BHC
Looking for peace, she found a nightmare… 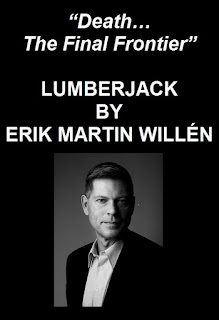 Fading movie star Christina Dawn has decided to start a new life, so she relocates from L.A. to a picturesque mountain town, hoping she'll find peace and tranquility there.

Meanwhile, a man who has hunted a witness to a massacre for over fifty years has also settled in the town, Skull Creek, in an effort to keep a dangerous legacy hidden from the world.

Little do Christina and Nero know that their paths will soon cross, leading to a horrifying revelation: a practice that has recurred for centuries, causing the murders of countless people, none of which have ever been linked or solved.

The largest manhunt in history is about to take place. But what law enforcement will soon discover is that they aren't the ones doing the hunting. They're the ones being hunted.