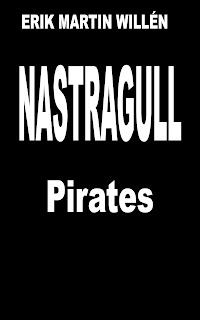 Bloody sweat poured down Alexa's face as she ducked the mercenary's blade. She kicked out toward his groin, but it wasn't there; instead she slipped on the blood-slick floor, a bright, sharp pain in her right ankle telling her she'd twisted it as she fell. She tried to crawl away, realizing that he was coming after her to press the advantage, bent on killing her or worse. His body-stink and heavy breathing warned her that he was much too close, so she reached quickly for her ace in the hole—or in the left leg holster, to be precise. She spun, kneeled, aimed, and pulled the blaster's trigger, grinning confidently.
Nothing happened.
In that instant, she realized that she was about to die...
Posted by Erik Martin Willen at 4/01/2013 10:23:00 AM