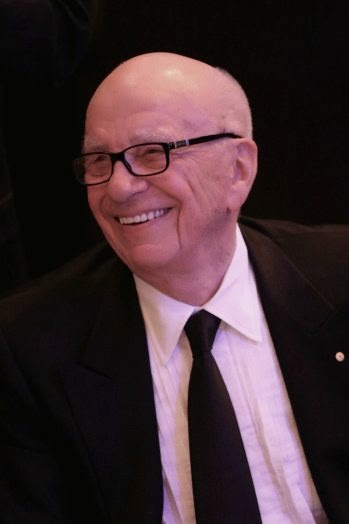 The proceeds could help Fox finance a sweetened bid for Time Warner as Rupert Murdoch travels from Australia to New York, tweeting that he has to make "difficult decisions."
LONDON – Rupert Murdoch’s 21st Century Fox is nearing a deal to combine its European pay TV operations under the leadership of Britain's BSkyB.


The entertainment conglomerate and BSkyB, in which it holds a 39 percent stake, earlier this year said that they have discussed a sale by Fox of its fully owned Sky Italia unit and its 57 percent stake in Sky Deutschland to BSkyB. The transaction could create a combined Sky Europe.


With BSkyB reporting its full fiscal year earnings on Friday, UBS analyst Polo Tang said the company "could potentially unveil its plans for Sky Europe" then. "Since the recent conclusion of the Serie A [soccer] rights auction in Italy, we have been expecting an imminent announcement," he explained. "We think the market may have underestimated the upside from a deal - increased scale/cost synergies/revenue synergies."


Bloomberg News on Monday also reported that a deal could be reached in the next two weeks, citing people familiar with the situation.


The assets that Fox would hand over to BSkyB could be valued at about $13.5 billion in a deal, according to past estimates.


The proceeds from the possible deal could help Fox finance a possibly sweetened bid for Time Warner after news last week that the entertainment conglomerate led by CEO Jeff Bewkes recently rejected a $80 billion offer.


Credit Suisse has suggested that Fox could also consider selling its 39 percent BSkyB stake, worth about $9.6 billion, to raise more cash for a Time Warner bid.


Murdoch over the weekend signaled on Twitter that he faces some big decisions after spending time in Australia. While he didn't mention the decisions on Sky Europe and whether to improve the Time Warner bid, he tweeted: "Now back to NY and real work with difficult decisions."