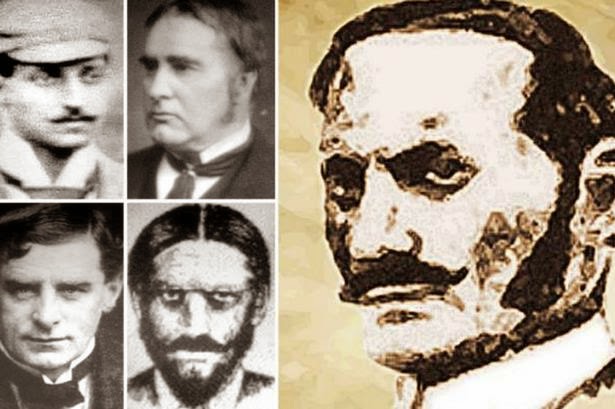 'Ripper': Aaron Kosminski (pictured right) and other suspects (left)
The true identity of notorious serial killer Jack the Ripper can now be revealed thanks to a DNA breakthrough, it has been claimed.
Author and self confessed "armchair detective" Russell Edwards  claims to have solved perhaps the most notorious whodunit ever.
Mr Edwards claims Aaron Kosminski, a 23 year-old Polish immigrant who ended up dying in an asylum, was "definitely, categorically and absolutely" the man behind the grisly killing spree in 1888 in London's East End.
He said a blood-stained shawl he bought in 2007 after an auction in Bury St Edmunds, Suffolk, held vital DNA evidence which led him to the killer.
"I've got the only piece of forensic evidence in the whole history of the case. I've spent 14 years working on it, and we have definitively solved the mystery of who Jack the Ripper was," he said.
"Only non-believers that want to perpetuate the myth will doubt. This is it now - we have unmasked him." 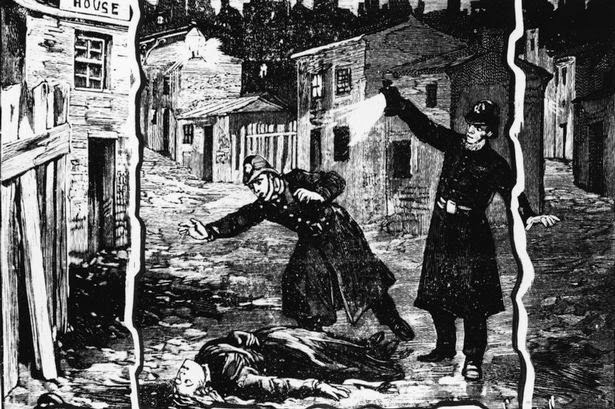 Illustration shows the police discovering the body of one of Jack the Ripper's victims, probably Catherine Eddowes, London, England, late September 1888
Jack the Ripper murdered at least five women, slashing their throats, removing some of their internal organs and leaving their mutilated bodied in Whitechapel's darkened alleyways.
Mr Edwards, 48, from Barnet, north London, was "captivated" by the murder mystery and had been investigating it in his spare time, but had come to the conclusion it could never be solved.
But then in 2007 he saw a shawl found by the body of Catherine Eddowes, one of the Ripper's victims, was up for sale.
He bought it, and enlisted the help of Jari Louhelainen, an expert in molecular biology, who used pioneering techniques to find DNA from her blood and that of the killer.
He said: "Here I am with the shawl and possibly the evidence to solve the most unsolvable murder in English criminal history. But where do I start? That was the big question.
"I enlisted the help of Jari and we embarked on a three-and-a-half year journey.
"When we discovered the truth it was the most amazing feeling of my entire life." 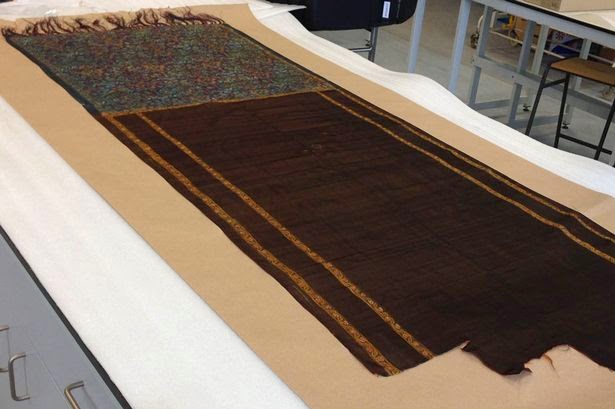 Evidence: DNA was found on this shawl
Mr Edwards said the discovery 126 years after the murders proves beyond doubt that Kosminski - one of the six key suspects commonly cited as the Ripper - was the actual killer.
He said the shawl had been taken by acting Sergeant Amos Simpson, who was on duty the night of Eddowes's death and wanted it for his wife.
But horrified at the blood-soaked wrap, she never wore it, and it was stored away and passed down through the generations until it came to auction seven years ago.
Mr Edwards said: "Thank God the shawl has never been washed, as it held the vital evidence."
The author, who said he was part-inspired to take up the search for the killer after watching the Johnny Depp film From Hell about the Ripper murders, said police had identified Kosminski as a suspect, but never had enough evidence to bring him to trial. 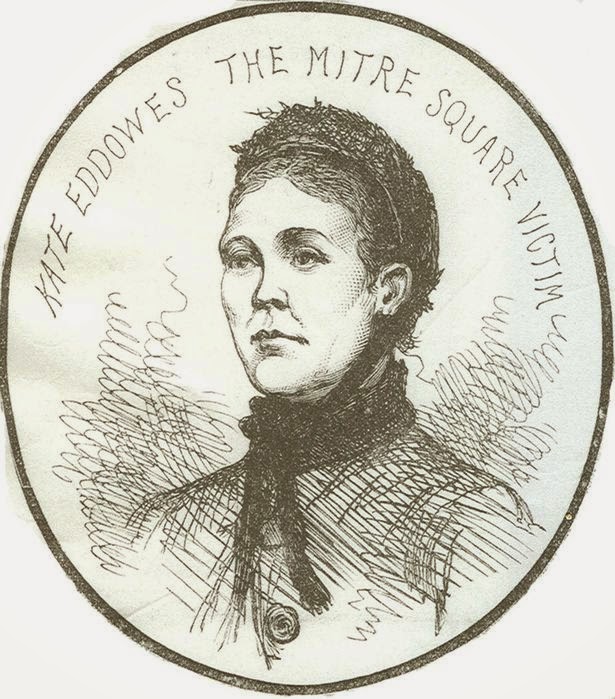 Murder victim: Catherine Eddowes
Kosminski was a Polish Jewish immigrant who, fleeing persecution in his Russia-controlled homeland, came with his family to England in 1881 and lived in Mile End Old Town.
He was admitted to a string of lunatic asylums, where he died in 1899 of gangrene in the leg.
Naming Jack the Ripper will be published by Sidgwick & Jackson on Tuesday and costs £16.99 for a hardback.
THE MIRROR UK By Anthony Bond  Sep 07, 2014 11:57
Posted by Erik Martin Willen at 9/08/2014 04:36:00 PM