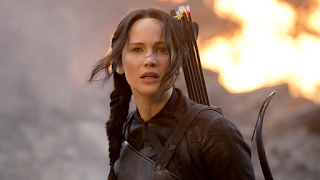 Image courtesy of Lionsgate
Uh oh! A slip of the type caused a new poster for “The Hunger Games: Mockingjay Part 2” to make headlines on account of the c-word inadvertently appearing across Jennifer Lawrence’s face.
Upon realizing the gaffe, the official Twitter account of “The Hunger Games” deleted the image, which was created as a special promoted celebrating 100 days until the film’s release. 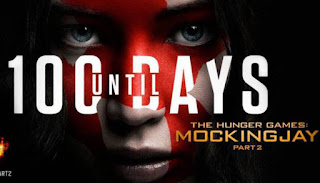 Readers quickly pointed out that the word ‘c—,’ also known as see you next Tuesday, can be read below Lawrence’s eyes and distracts from the intensity that the poster was going for.
A rep for Lionsgate has yet to comment. “The Hunger Games: Mockingjay Part 2” bows Nov. 20 in theaters Nationwide.
VARIETY Mannie Holmes @MannieHolmes_ August 14, 2015 | 04:49PM PT
Posted by Erik Martin Willen at 8/15/2015 09:33:00 AM