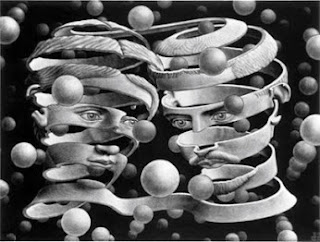 So what exactly is bicameralism?

Bicameralism is a hypothesis in psychology that argues that the human mind once assumed a state in which cognitive functions were divided between one part of the brain which appears to be "speaking", and a second part which listens and obeys—a bicameral mind.

The term was coined by Julian Jaynes, who presented the idea in his 1976 book The Origin of Consciousness in the Breakdown of the Bicameral Mind. In his book, psychologist Julian Jaynes uses the Iliad as a major supporting evidence for his theory of bicameralism, which posits that until about the time described in the Iliad, humans had a much different mentality than present day humans, essentially lacking in what we call consciousness.

He suggests that humans heard and obeyed commands from what they identified as gods, until the change in human mentality that incorporated the motivating force into the conscious self. He points out that almost every action in the Iliad is directed, caused, or influenced by a god, and that earlier translations show an astonishing lack of words suggesting thought, planning, or introspection. Those that do appear, he argues, are misinterpretations made by translators imposing a modern mentality on the characters.

The book is wonderful, if you have no clue what I'm talking about...give it a try.

Auditory verbal hallucinations, the experience of “hearing voices”, present us with an interesting paradox: the experiences are generated from within a single individual but are typically experienced as a social phenomenon—that is, a form of communication from another speaker. Consider a lobotomy ;)
Corina Marinescu