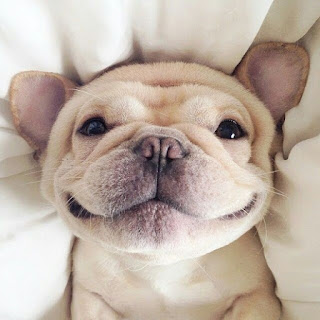 In a recently published paper in Frontiers in Human Neuroscience, scientists at the Smartbrain Clinic in Oslo, Norway find that self-guided positive imagery training can successfully combat negative emotions in our daily lives. This tool is so powerful that it also changes the way our brain functions.

Flashbacks of scenes from traumatic events often haunt those suffering from psychiatric conditions, such as Post Traumatic Stress Disorder (PTSD). “The close relationship between the human imagery system and our emotions can cause deep emotional perturbations”, says Dr Svetla Velikova of Smartbrain in Norway. “Imagery techniques are often used in cognitive psychotherapy to help patients modify disturbing mental images and overcome negative emotions.” Velikova and her team set out to see if such techniques could become self-guided and developed at home, away from the therapist’s chair.

To find out if we can train ourselves to use imagery techniques and optimize our emotional state, Velikova and co-workers turned to 30 healthy volunteers. During a two-day workshop the volunteers learnt a series of imagery techniques. They learnt how to cope with negative emotions from past events through imagery transformation, how to use positive imagery for future events or goals, and techniques to improve social interactions and enhance their emotional balance in daily life.  They then spent the next 12 weeks training themselves at home for 15-20 minutes a day, before attending another similar two-day workshop.

Velikova compared the results of participant psychological assessment and brain activity, or electroencephalographic (EEG), measurement, before and after the experiment. “The psychological testing showed that depressive symptoms were less prominent. The number of those with subthreshold depression, expressing depressive symptoms but not meeting the criteria for depression, was halved. Overall, volunteers were more satisfied with life and perceived themselves as more efficient” she explains.

Following analysis, the EEG data showed significant changes in the beta activity in the right medial prefrontal cortex of the brain. Velikova notes that this region is known to be involved in imaging pleasant emotions and contributing to the degree of satisfaction with life. There were also changes in the functional connectivity of the brain, including increased connectivity between the temporal regions from both hemispheres, which Velikova attributes to enhanced coordination of networks linked to processing of images. She concludes, “this combination of EEG findings also suggests a possible increase in the activity of GABA (gamma -aminobutyric acid), well known for its anti-anxiety and antidepressant properties.”
Source and further reading:
https://blog.frontiersin.org/2017/03/01/teach-yourself-everyday-happiness-with-imagery-training/