…Lots of Green Screen
Behind-the-scenes clips show how extensively green screen was used to create the film noir look of Robert Rodriguez and Frank Miller's “Sin City: A Dame to Kill For” 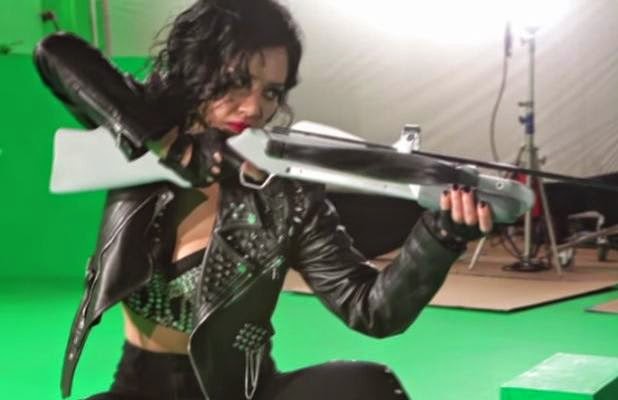 A lot of films use their CGI effects with subtlety, but not “Sin City: A Dame to Kill For.” Like the 2005 original, this sequel relies heavily on the use of CGI to create its mostly black-and-white film noir signature look.

Two B-roll releases spotlight just how extensively green screen was used by showing the actors performing scenes and stunts on a soundstage surrounded by green. From green walls, floors, doors and even fence posts, almost everything in the film appears to have been digitally created.
Only specific things the actors have to interact with, like Joseph Gordon-Levitt‘s car, or Mickey Rourke's guns, seem to be at least somewhat real. It certainly emphasizes what a challenge it must have been for the performers to get into these roles in this seedy city that only existed in the minds of directors Robert Rodriguez and “Sin City” creator Frank Miller.
At least they had the 2005 original to get an idea of what the film would look like, and the returning castmembers like Rourke, Rosario Dawson, Powers Boothe, Bruce Willis, Jaime King, Jude Ciccolella and Jessica Alba could recall that experience.
“Sin City: A Dame to Kill For” was produced by Rodriguez, Sergei Bespalov, Aaron Kaufman, Stephen L'Heureux, Oleg Boyko, Alexander Rodnyasky, and Mark C. Manuel. It also stars Josh Brolin, Jamie Chung, Martin Csokas, Julia Garner, Eva Green, Dennis Haysbert, Stacey Keach, Lady Gaga, Ray Liotta, Christopher Lloyd, Crystal McCahill, Christopher Meloni, Jeremy Piven, and Juno Temple.
Dimension Films will release the film to theaters on Friday, August 22. 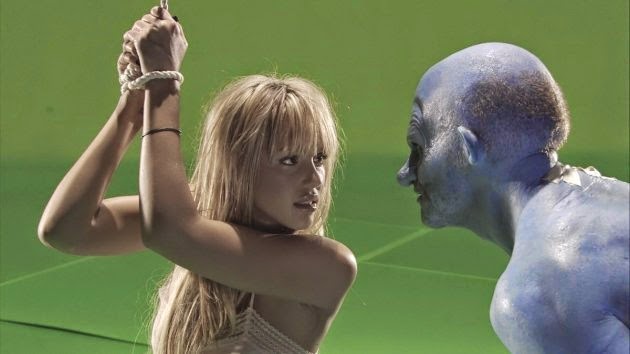