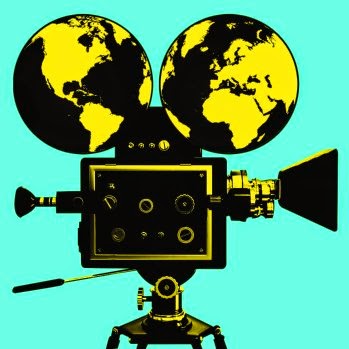 From Germany to Korea, these schools have produced some of cinema’s greatest visionaries.
This story first appeared in the Aug. 8 issue of The Hollywood Reporter magazine.

Grads of the NFTS, located near London, grabbed half of the 2014 BAFTA shorts nominations, three awards at Cannes and all three major CILECT (International Association of Film and TV Schools) world film school awards — a first for any school. "NFTS is the U.K. equivalent of USC and AFI," says cinematographer Larra Anderson, director of the Northern Film School in Leeds. "Many of the schools on the THR list seem to look to their (often distant!) past," adds Virgin Records co-founder Nik Powell, director of NFTS, which was founded in 1971. "NFTS, while being able to name outstanding auteurs like Terence Davies and commercial filmmakers such as David Yates, looks for its glories from its present generation." The NFTS offers master's degrees in multiple disciplines, including directing, composing, animation and special effects.

The Polish National Film, Television and Theatre School, founded in 1948, has launched a pantheon of cinema greats including Oscar winner Roman Polanski. Says head of promotion and international affairs Krzysztof Brzezowski, "What differentiates the film school from others is still the possibility of working with professional 35 mm film stock." More than 300 student projects are created each year in the school's production studio, half of them in 35 mm. The program has always emphasized practical work. "Our Polish and international students learn from the school’s successful graduates, who return to work as tutors creating a master-student creative environment," says Brzezowski. Lodz-launched masters include Jerzy Skolimowski, Krzysztof Zanussi, Zbigniew Rybczynski, Krzysztof Kieslowski, Adam Holender, Witold Sobocinski, Slawomir Idziak, and Pawel Edelman, the winners of Oscars and festival prizes in Cannes, Berlin and Venice.

The Paris alma mater of Francois Ozon, Louis Malle and Patrice Leconte is located in the old Pathe Studios, where the Lumiere brothers essentially invented filmmaking in 1894. All instruction is in French, and there are exchange programs with CalArts and Columbia University, which has sent 48 Hrs. screenwriter Larry Gross and Homicide: Life on the Street writer Frank Pugliese to teach Hollywood storytelling.

At Prague's Film and TV School of the Academy of Performing Arts, lecturers have included such alums as writer Milan Kundera (The Unbearable Lightness of Being) and director Milos Forman (Amadeus). FAMU has exchange programs with U.S. schools including NYU, Syracuse and Emerson College. About 450 students study in Czech, about 100 in English — but like Czech citizens, American students who study in Czech pay zero tuition.

Created in 1997 in Lillehammer using facilities from the 1994 Winter Olympics, NFS played a key role in the Netflix success story when Sopranos star (and member of Bruce Springsteen's E Street band) Steven Van Zandt convinced the streaming service to make Lilyhammer, its first original series, using lots of NFS talent. "Netflix was ballsy!" says Van Zandt. "They'd already bought House of Cards, and if we were not cool, it could have damaged their $100 million-whatever investment." The artistic collaboration was so fruitful, says NFS dean Thomas Stenderup, that "we joined Steven and his partner David John Smith to establish a worldwide TV drama festival in 2015."

Located on the picturesque island of Frederiksholm in Copenhagen Harbor, NFSD is the alma mater of a roster of auteurs including Lars von Trier (Nymphomaniac) and Oscar winner Susanne Bier (In a Better World). Founded in 1966, the school requires students to speak and understand Danish.

The most celebrated Chinese filmmakers, including Zhang Yimou (Raise the Red Lantern) and Chen Kaige (Farewell My Concubine), are BFA alumni. The good news for Westerners hoping to crack the Chinese market: James Cameron is a visiting professor, and there is a program for English speakers.

9. University of Television and Film, Munich

When the European Film Academy needed a president to succeed Ingmar Bergman, it turned to Wim Wenders, a graduate of Munich's University of Television and Film (HFF). On the more commercial front, Roland Emmerich, another HFF alum, has churned out blockbusters that have combined to gross $3.4 billion worldwide. Each year, about 200 students vie to follow in their footsteps.

Controversy is raging within India's film community because Mumbai's Supreme Court is threatening to evict mogul Subhash Ghai's Whistling Woods from its longtime home in Mumbai's Film City -- possibly to replace it on that site with the Film and Television Institute of India, a government-run school. Whistling Woods intends to appeal, but if it loses, it will shift to Ghai's Mukta House near the current campus, named for his veteran banner Mukta Arts.

Founded in 1984 to help South Korea compete with Hollywood, KAFA produced Bong-Joon Ho, who conquered his home market and has set his sights on U.S. audiences (Snowpiercer).

Fans of Showtime's In Treatment and Homeland, as well as 2009 Oscar nominee Waltz With Bashir, have TAU to thank for launching their creative teams.

Jane Campion (The Piano), Gillian Armstrong (My Brilliant Career) and Alex Proyas (The Crow) sprang from this campus in Sydney.

Italy's national film school, located in Rome, gave us famed cinematographer Vittorio Storaro (The Conformist, considered by many to be one of the most visually stunning films ever made) and art house provocateur Michelangelo Antonioni.

Russia's premier film school, aka VGIK, claims to be the world's oldest, and it has the pedigree: It was here that Sergei Eisenstein invented the montage with the 1925 silent classic Battleship Potemkin.