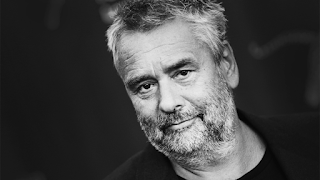 
CANNES– EuropaCorp has signed a pact with Yahoo Style to launch a global costume design contest for Luc Besson’s comicbook-based sci-fi movie “Valerian And The City of A Thousand Planets,” which will star Cara Delevingne, Dane DeHaan and Clive Owen.
As part of the crowdsourcing initiative, EuropaCorp and Yahoo Style are inviting artists to submit their original designs’ ideas for the movie that will start shooting in January.
The contest will launch on Yahoo Style on Oct. 7 through Nov. 27. The jury, made up of Yahoo Style’s editor in chief Joe Zee, Besson and costume designer Olivier Bériot, will choose up to 20 winners whose designs will appear in the film.
“I believe the world we live in is filled with people from all walks of life who possess an abundance of creativity and untapped potential. My hope is that by offering a contest like this to artists worldwide, we will gain access to inspired and original creations from a plethora of fresh perspectives, and the film will benefit from this collaboration,” said Besson, who has always had an interest in scouting for new talent and launched the Louis Lumiere film school in Paris.
Besson said “‘Valerian and the City of a Thousand Planets’ features a diverse array of characters from all parts of the universe.
The contest winners will be announced on Dec.14.
VARIETY Elsa Keslassy International Correspondent@elsakeslassy October 7, 2015 | 07:06AM PT
Posted by Erik Martin Willen at 10/07/2015 05:07:00 PM