NASA offers 1,200 patents to startups, with no upfront licensing costs 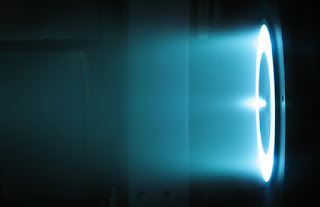 Here's your chance to make a collapsible plane or handheld laser flashlight.
As part of an initiative to grow some new high-tech businesses, NASA is providing startups the opportunity to license its technologies without paying any up-front costs. Businesses will be able to choose from a portfolio spanning over 1,200 patents, which in turn is divided into 15 categories. This includes technologies such as multi-purpose humanoid robots, handheld laser torches, and even collapsible aeroplanes.
“The Startup NASA initiative leverages the results of our cutting-edge research and development so entrepreneurs can take that research — and some risks — to create new products and new services," said NASA's chief technologist David Miller in a press release.

Naturally, there are caveats tied to this offer. First, the licences aren't exclusive, although NASA is apparently open to discussion. Second, the patents are only valid for startups intending to commercialise NASA technologies. While companies are not required to pay an initial licensing fee or minimum fees for three years, those who successfully begin selling a product will be expected to pay standard net royalties.
Ion thrusters, nuclear rockets, and other in-space propulsion tech being looked at.
Startup NASA (that's the name of the initiative) represents the government agency's latest attempt to share its research with the public. In the past, it auctioned 12 of its nanotech patents, and has also sold exclusive licences to companies like DynaDX, which then used the technology to construct medical devices for diagnosing strokes and monitoring treatment in dementia patients.
Regardless of whether you intend to license one of the patents or not, the repository is absolutely fascinating to explore. Not only does it contain downloadable fact sheets, it also hosts information on the possible benefits and applications on ideas like this nitrogen oxide emission control system.
This post originated on Ars Technica UK
Ars technicaby Cassandra Khaw (UK) - Oct 9, 2015 3:42pm CEST
source: http://arstechnica.com/business/2015/10/nasa-offers-1200-patents-to-startups-with-no-up-front-licensing-costs/
Posted by Erik Martin Willen at 10/12/2015 05:53:00 PM