Salma Hayek Poses With Her Mother & Opens Up About Suffering From Stage Fright: "I Get It Really, Really Bad" - Entertainment 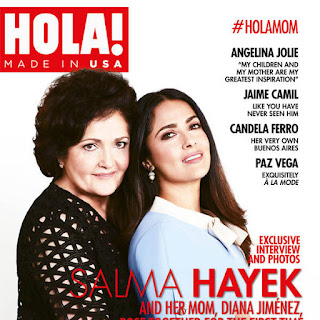 Hola! USA/ John Russo
Salma Hayek is sharing a cover with someone that has been a vital part of her life—her mother, Diana Jiménez Medina. The two ladies are HOLA! USA's May cover stars, and this is the first time that mother-daughter duo poses together for a magazine.
The pair opened up about everything from motherhood to the star's surprising fear of being on stage.
"I suffer from stage fright. No one would know it, but I get it really, really bad. If you take the camera away and put me in front of an audience, I just die," the 50-year-old actress explains to the magazine. "Once I get onto the stage, you can't tell. But then I can't do anything else the rest of the day because I'm so exhausted."
Hayek's mother admits that she always had a feeling that her daughter was destined for something great and it all had to do with who she's always been since she was a young girl.


"I always knew that Salmita would be something big in her life because of her personality, her way of always working for what she wants, but she surprises me," Jiménez says. "She continues to surprise me more and more. There was one thing that I wanted: that was for Salma to be free to grow up and do whatever she wanted." 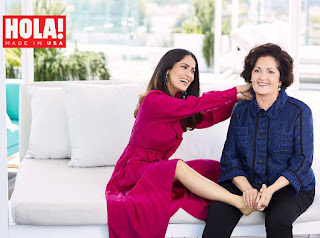 Hola! USA/ John Russo
Jiménez and Hayek are incredibly close, which has served as a foundation for the superstar's beautiful relationship with her daughter, Valentina Paloma Pinault. As the actress explained, having a child and a sense of responsibility has made her grow as a person and also discover a lot of things about herself.


"Feeling responsible helps you develop as a human being…You learn a lot about yourself when you do something for someone else," Hayek said. 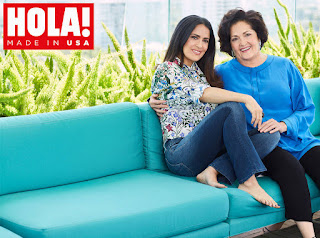 Hola! USA/ John Russo
Hayek also revealed that her journey into stardom all started after watching a movie that opened her eyes to all that acting could be.
I went to see Willy Wonka and the Chocolate Factory and it wasn't that I said, "I want to be an actress," but rather, "There is a world where anything is pos­sible. There can be a chocolate river. There are no limitations." And that's how I fell in love with film.