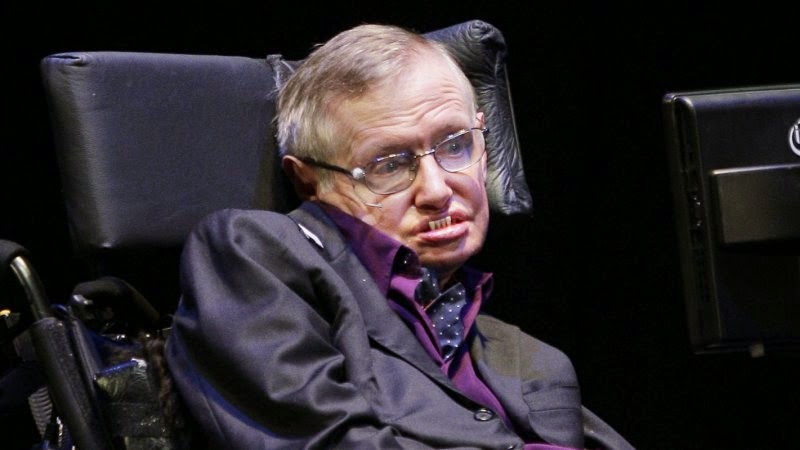 
The physicist explains how aliens might kill us all, why we must leave Earth and more terrifying tidbits
When one of the smartest people on the planet says something, it probably pays to listen.
Stephen Hawking, the physics icon and subject of the new biopic The Theory of Everything, has said a lot over the years in lectures and books. And some of them are, frankly, terrifying.

Here are five of his wildest quotes that just might change the way you view the world.

1. Hawking really doesn't want us to meet aliens, because they'd probably destroy us.

"We only have to look at ourselves to see how intelligent life might develop into something we wouldn't want to meet. I imagine they might exist in massive ships, having used up all the resources from their home planet. Such advanced aliens would perhaps become nomads, looking to conquer and colonise whatever planets they can reach," Hawking said in a 2011 Discovery Channel special. "If aliens ever visit us, I think the outcome would be much as when Christopher Columbus first landed in America, which didn't turn out very well for the Native Americans."

2. Hawking really wants us to colonize other planets, because otherwise humanity will eventually be doomed.

"Sooner or later disasters such as an asteroid collision or a nuclear war could wipe us all out," Hawking said in 2006. "But once we spread out into space and establish independent colonies, our future should be safe."  We wonder what Hawking thinks of the plot of Interstellar.

"Time travel used to be thought of as science fiction, but Einstein's theory of general relativity allows the possibility that we could warp space time so much that you could fly off in a rocket and return before you set out," Hawking told Larry King in 2010. "Unfortunately, it is likely that the warping would destroy the spaceship and maybe the space time, itself."

4. We need to start genetically enhancing humans so that A.I. doesn't take over.

"With genetic engineering, we will be able to increase the complexity of our DNA, and improve the human race. But it will be a slow process, because one will have to wait about 18 years to see the effect of changes to the genetic code," Hawking said in 2001. "By contrast, computers double their speed and memories every 18 months. There is a real danger that computers will develop intelligence and take over. We urgently need to develop direct connections to the brain so that computers can add to human intelligence rather than be in opposition."

5. Computer viruses should count as life

"I think computer viruses should count as life," Hawking said in 1994. "I think it says something about human nature that the only form of life we have created so far is purely destructive. We've created life in our own image."

What great Hawking quotes did we leave out? Share your favorites in the comments.